1) Thousands of potential participants are narrowed down to 20 for boot camp:

Prior to each season, we receive roughly 5,000 video submissions from hopeful participants. Of those hopefuls, we never consider the people who boil water in plastic bottles or who nearly take their feet off with camp hatchets! Of the rest, 20 with exceptional and diverse skillsets are chosen to attend an intensive boot camp in upstate New York, during which they’re objectively evaluated by third party professionals, assessing their survival skills, as well as their physical and mental fortitude.

Prior to Season 1, not a single participant knew there was a cash prize – much less, a $500,000 cash prize – yet they all showed up to boot camp simply because they wanted to test their skills in the wild. 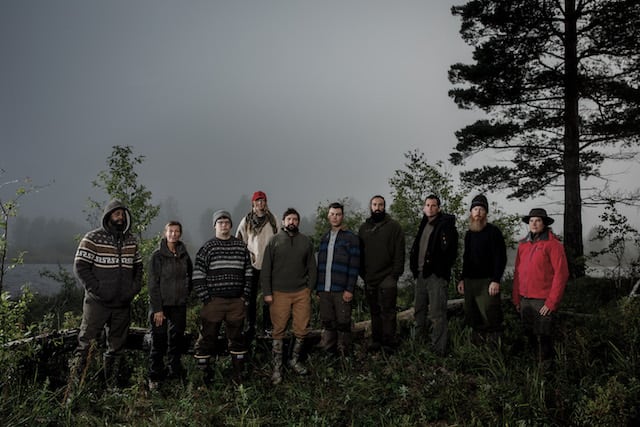 This season of Alone is set in Mongolia

2) Each season, participants produce thousands of hours of self-shot footage:

There are no camera crews following our participants in the wilderness; they are legitimately, for lack of a better word, alone. That said, the footage seen in the series is self-shot, and it requires months of screening and a team of more than 25 associate producers to log the thousands of hours our participants capture – before our story team begins in post.

While filming Season 5, a wild bull snuck into our production crew’s craft service yurt (yes, we had to build a yurt city for production in the middle of the Mongolian wilderness), ate some Pringles and then knocked the entire thing over while escaping.

4) Many factors go into choosing the series locations:

As viewers are aware, each season takes place in a different location/environment, and the location selection process is time consuming and thorough. We have to ensure any destination we consider has enough land to support 10 isolated participants, while also providing them with equal and ample survival resources, such as fresh water, flora and fauna. We also have to make sure open fires are permitted 24-7 and that local fish and wildlife regulations allow our participants to procure the food required to survive.

We have certain dream destinations, like Transylvania, that have never panned out because there’s not enough uninhabited land for the participants to remain fully isolated from one another.

Even though some are convinced this show is fake or staged… I can assure everyone that it couldn’t be more authentic. We pride ourselves in providing each participant with the most unobstructed opportunity to test their survival skills, isolated, in a wild environment – while also taking the necessary safety precautions.